The idea for this book arose directly from the character limit constraints of Twitter in early 2015, when I began posting them under the #sixwords hashtag. They are not haiku per se, but use similar rules, in this case, three-word pairs in alphabetic order.

Color System under the Black White and Red series of works:

I have systematized the font colors and page borders to correspond with ranges of letters as follows: 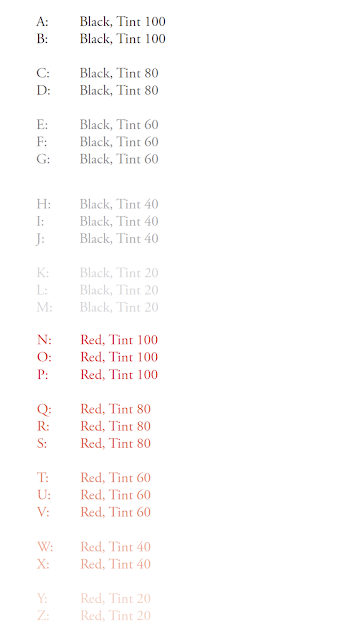