(Can be displayed in two orientations)

Inspired by Charles Demuth's I Saw the Figure 5 in Gold 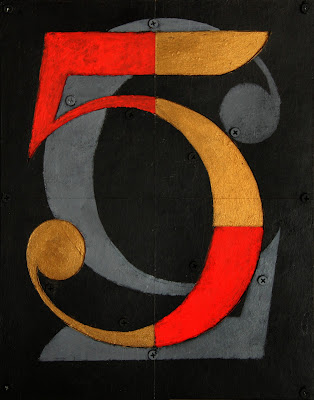 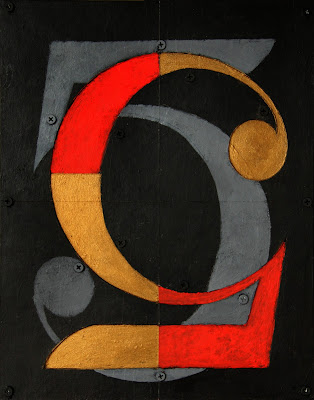 It is interesting that the intersection of the inverted 5s, slightly resembles the interlocked Cs of the Chanel No. 5 logo: 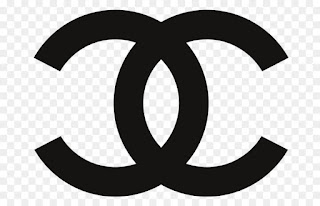 "She also already knew that the number five was about women in particular. From the beginning, the number five and its perfect proportions were tangled up with the secret sensuality of their allure and with the symbolism of flowers. That connection was always, at Aubazine, elemental. Indeed, the very name "'Cistercian" and that of its first monastery, Citeaux, both come from the word cistus, of the Cistaceae rockrose family, which we know today as the simple five-petalled 'wild rose' .... popular in medieval symbolism involving depictions of the ... Virgin Mary, [whom] the Cistercians, Templars, Hospitallers, and the Teutonic knights all honored as the patroness of their respective Orders." Its image was carved into the stone tomb of St. Etienne, which the convent girls passed in the cloister daily, and the plant grew wild in the hills where they walked." Mazzeo, Tilar J. The Secret of Chanel No. 5: The Biography of a Scent. New York: HarperCollins, 2010. Print., pp. 8-9

1405. There are two basic ways to add cohesion to creativity: 1) create the work, then serialize; and 2)create similar pieces in an existing series. This also works in music where you can compose first, then add to a collection (album) or define the framework for the album and fill it in accordingly.

1133. All creative people should keep lists (and work in series). If creative work is in the flow of your life,why not begin the serial process and follow it through? A natural branching occurs the longer you do it. But the objective is not only to gather and glean, but to also cultivate and prune the list, and give it power tobe generative.

1111. If a piece doesn’t fit in a series, put it in another one until it does. Styles have the flexibility to be coadaptive, e.g. photographing unfinished paintings as a series.

0937. If you are an ‘idea person’, ideas are in the flow of your life, and you need to learn how to deal with that as a force pushing against you. Every new idea pushes all the other ones away, or sometimes obscures them. The first thing you need to do is tether it to something else: a series, collection, category etc. such that it doesn’t disappear. Ideally, an idea should take on some type of shape within a short period of time.