You Have to Take a Picture of SOMETHING

You Have to Take a Picture of SOMETHING 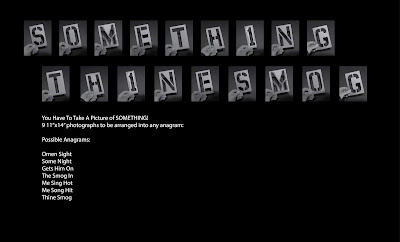 I have always been a proponent of the idea of staying in motion creatively, which is counter to some other philosophies (such as wu wei), where we strive for simultaneity. Puns are interesting because they easily merge language with the visual arts, in this case photography. These are photographs of used stencils, and the title is a pun, word-play, self-reference, and axiom all at the same time.

0493. If you don't know what you should be doing, do something. Your time wouldn't have been wasted anymore than if you did nothing.

0569. It's nice if sculpture looks like something you already know.

0706. In photography it is important to make the distinction whether something is a good photograph or a good image that happens to be a photograph.

0657. Most artistic vision is avoiding the obvious to see something anew.

1057. If you're going through an existential crisis, you might be doing nothing as a strategy, in hopes that it would create an inflection point. But in fact, doing something makes a better inflection point.

1131. There's always a sense of satisfaction in finishing something, but also in resolving it. The latter doesn't always happen.

1147. Just knowing the history of something incorporates it into what you're doing.

1285. At the very least you can make something you made before.