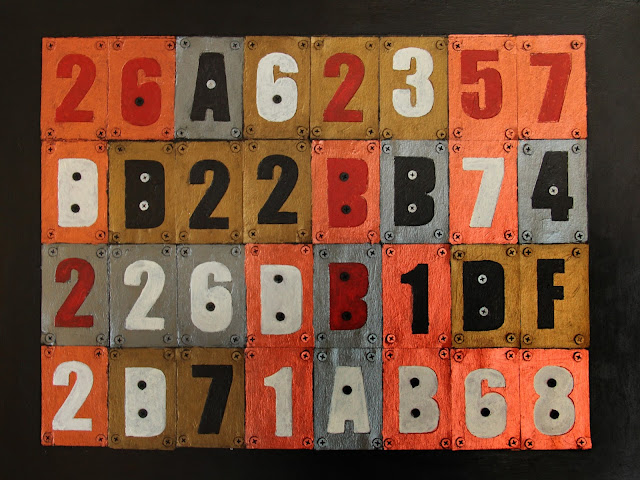 $1500 or best offer
Another piece in my text art series ("Hash Art", as a pun on "Flash Art"), using the MD5 Hash: 26A62357DD22BB74226DB1DF2D71AB68 as the digital "fingerprint" for the following quote by Paul MacCready, also referred to as the "The MacCready Explosion". The Hash is a semaphore or icon for a possible beginning point of the Anthropocene based on the quote.

"Over billions of years on a unique sphere, chance has painted a thin covering of life--complex, improbable, wonderful and fragile. Suddenly, we humans--a recently arrived species, no longer subject to the checks and balances inherent in nature--have grown in population, technology and intelligence to a position of terrible power."

You can test the code by copying/pasting this block of text exactly into the Hash Converter:

The three stencil colors [copper, silver, and gold] are determined by a dice roll. The fills within the letters, black white and red are similarly chosen.
Video talk: https://youtu.be/jSEIXGJtFNw