An abstract "visualization" of emergent behavior in reaction to prescribed "boundaries". I was interested in the effect of visible and invisible boundaries and their effect on the emergent behavior of social groups, which always seems to have some relevance to current affairs.

"If you want to see one effect of tribalism, consider how beliefs about certain political issues tend to be clustered together, even though these issues have nothing to do with each other." (From Against Democracy)

After New Urbanism, this is second in a series inspired by maps and the effect of boundaries of socio-political organization.

"Of course, there’s plenty of reason for cynicism; America’s history falls short again and again when it comes to upholding the ideals laid out in its founding documents. Still, Chua remains optimistic. “For all of our flawed problems and history,” she said, “we have the best apparatus” to overcome tribalism. “Our ideals have always exceeded the reality,” Chua added. “That’s the promise of America.”" [more...] 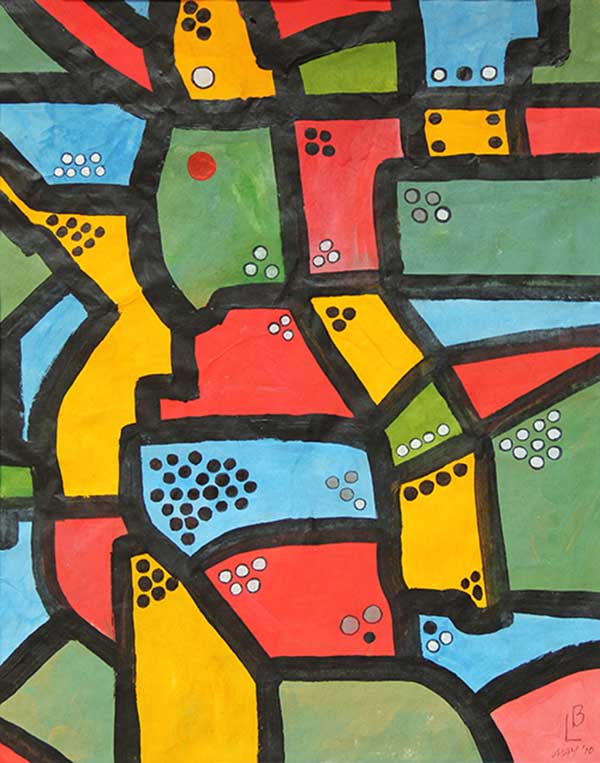 ***
Desire Paths (Boundary Crossing) (2015)
8"x10" color pencil on inkjet on rice paper
Experimental treatment/variation of the Tribes painting (2010) where tribal boundaries are transgressed. This is a scan of the original painting with paths carved through (tunneled) through the thick black walls. 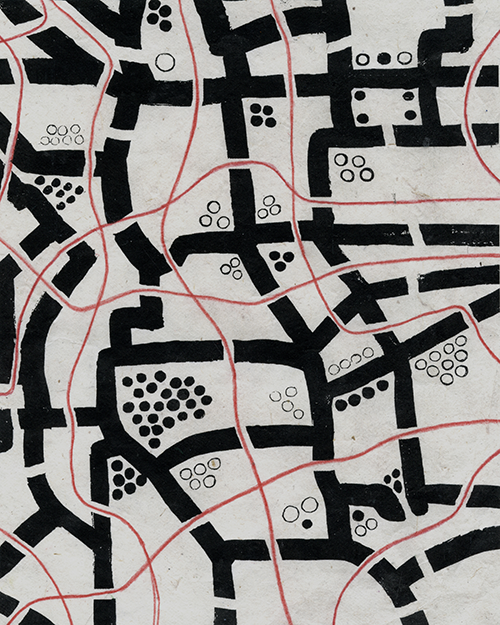 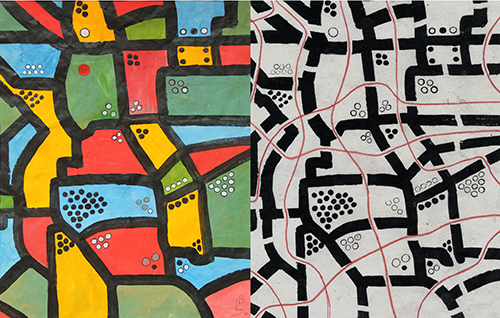 ***
Inspiration: a complex comprised of sectors containing the ruins of three churches and monks cells. 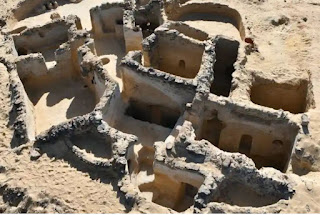