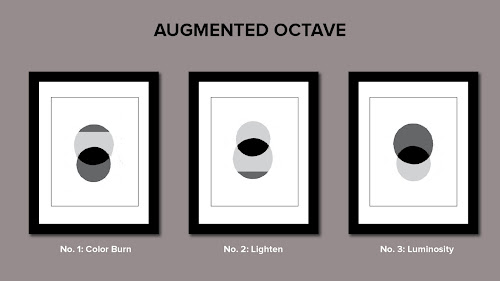 One of my musical metaphor pieces based on the Intervals series--in this case an augmented octave, which is essentially an octave displaced by one semitone, commonly known as a minor ninth or "flat nine".
The shape of the octave in the series is a perfect circle. The offsetting or overlap of the circle (as in a Venn diagram) is its "augmentation". How the two circles interact with each other is different for each piece.
8x10 Giclee prints available (as triptych only). Contact me if you would like a set.
1. Augmented Octave No. 1: Color Burn
2. Augmented Octave No. 2: Lighten
3. Augmented Octave No. 3: Luminosity
Using the music metaphor to images of the Moon and phase-shifting and intervals ("double-stops"). 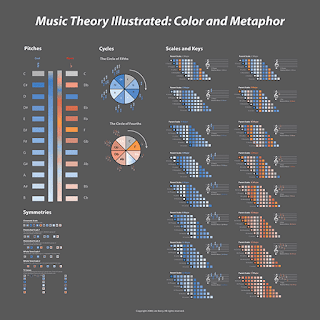 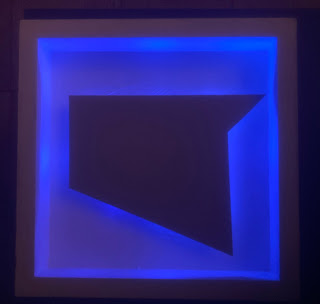 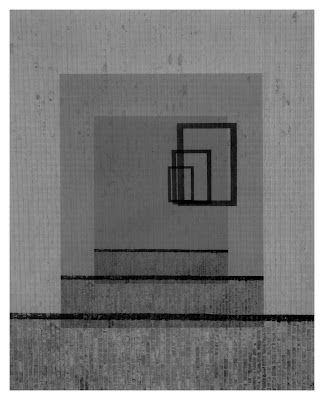