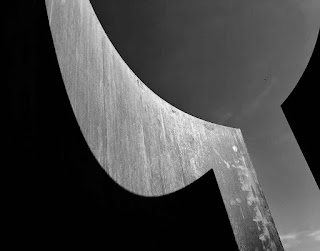 I've taken many photos of this sculpture over the years. It is Richard Serra's Reading Cones (Pronounced "RED-ing" after the city in Pennsylvania, where the piece was fabricated). It "frames" the sky in interesting ways, in context with the edge of the image. (It was at least partially conceived to "frame" Buckingham Fountain.)

The two sheets of corten steel are 3-4 inches thick, weighing at least 20 tons each (my estimate). Ironically, it looks very small when you pass by it and it is almost completely ignored. (Sometimes I feel I'm the only person that looks at it). It hides in plain sight, and some may think it is a utility enclosure of some kind.


An image can have so much contrast that it becomes geometric--with gray levels forming distinct areas in the image--becoming almost binary as opposed to having a wide range of grays.

How the image was interpreted in grayscale with the blue lines as "isobars" or "isograys": 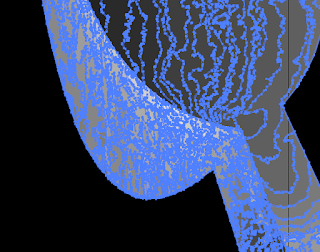 If segmented into its constituent parts it is a "rebus" of shapes. 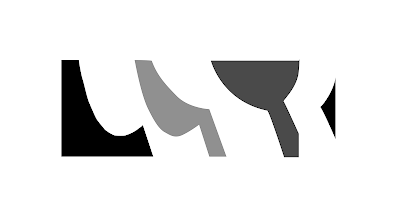