Snapshot photography freezes time in many ways, one of them the continued “looking” and “noticing” after the time of the capture.

It wasn’t until a few days after I took this photograph that I noticed the groups of three: three lines, three antennae, three parapets, three chimneys.

There is a power in three, that I am intimately familiar with in music: 3/4, 6/8, 12/8. Looking at images later (sometimes much later) reveals hidden attributes. I did not see the musical metaphor when I took it, but it ultimately informed its meaning. 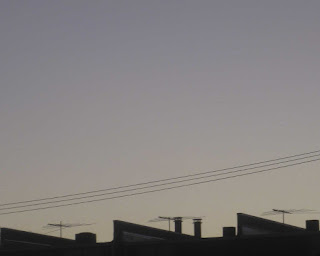 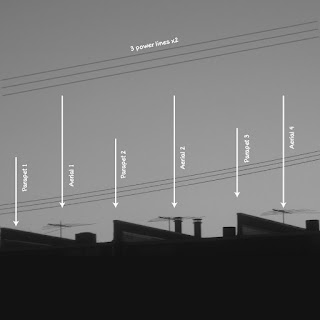